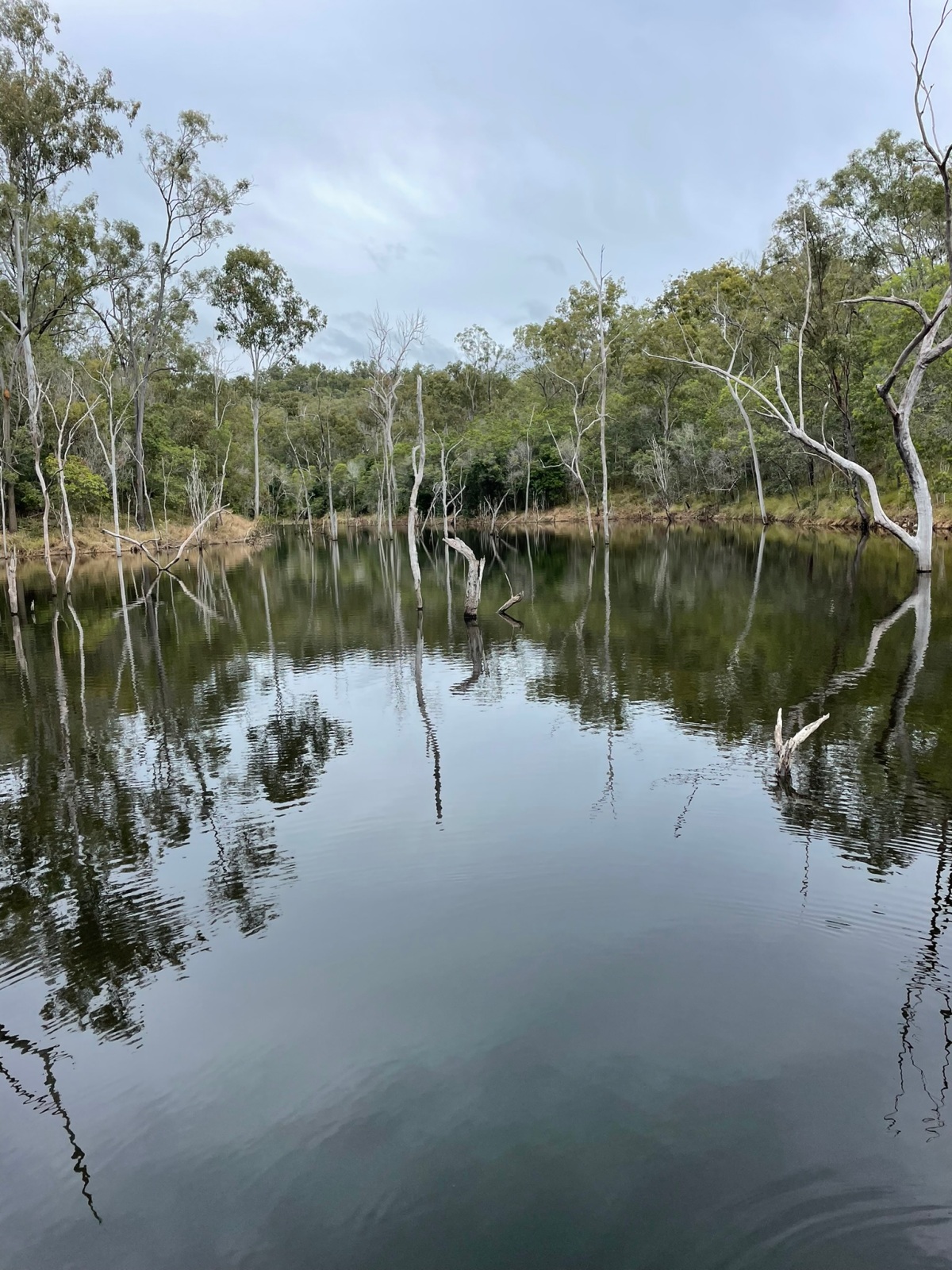 We’ve been working hard in The Bay. Ben’s been laying bricks weekdays and even on weekends. I have upgraded my responsibilities at work. We are saving, Ben has been making his boat into his dream and we are planning our lives for the next few years. It’s fair to say that we were due for a break.

It was only last week when Ben said to me, why don’t we go on a weekend away? What a fantastic idea, I thought, we both need it. That night, Ben was on his phone booking a weekend at Lake Monduran.

This time, we left the Prado behind. She was booked in for a good wash and detail, which she well needed and deserved. So, the Subaru Liberty was made to step up. It was strange going on trip without the Prado, she’s been there for so many of our adventures.

No Prado and limited space meant packing light. We don’t have a tinny at the moment and the Suby is just not made for towing, so we hired a boat from where we were bound, Lake Monduran Holiday Park.

Lake Monduran is just a couple of hours drive from Hervey Bay and not too far from Gin Gin. It is known for big barra. It would normally be a good drive but the road works almost the entire way, at the moment, slowed things a little.

We stepped out of the car and took a deep breath of the fresh mountain air. It felt relaxed here, at the park, and the reception staff in the office were polite and helpful. We headed through the park, it was just after 8am and our cabin wouldn’t be ready until 2pm. We had the hire boat for two days though and we had every intention of making good use of it.

Our boat, like the others they have on offer here, was a polycraft. Steady, stable and good for standing in to throw lures. It was bright yellow and would turn into our first home for the weekend. There was no sounder or GPS and the engine rattled like loose bolts in the back of a ute on a corrugated road. The lack of bells and whistles meant Ben had to resort to using his cunning instinct to try and find us some fish. The poly was comfortable enough and had ample fishing room for us both.

As we putted and rattled our way out onto the main part of the lake, a mirror of flat water opened up, the edges lined with thick bush. Short creeks ran off randomly from the main lake. There were areas with grey trees, that looked like skeletons that had emerged from the water, tried to reach the sky and somehow got frozen there, which was only fortunate for the shags, ducks and wood swallows who now used their limbs to perch upon. These were our lure throwing areas when we weren’t weaving through them trolling. The water was dark and looking into it gave you no insight as to what might be underneath the surface. What it did do, was allow you to use your imagination, which, in turn, allowed you to believe that a big barra might just be sitting there watching your lure pass. If they were, that’s all they did, was watch. Not one bite for the weekend. That is, of course, if you don’t count the turtle Ben hooked and released quickly. Even our attempts at catching some red claw were fruitless. It did, however, leave us wondering if these little yabby-like things really are vegetarian.

Cabin, let’s go back to the cabin. Days in the boat. Nights in our second weekend home, which was the cabin. Four walls, a roof, a bed, a bathroom, a small balcony, an even smaller barbecue and a spectacular view of the lake. We found that the balcony was the perfect place for a sausage in bread, a few beers and a couple of scotch and cokes after a day on the water. The cabin had what we needed for a comfortable stay and it was much different to what we are used to… The camper or a swag and a campfire. This holiday park was a little backwards to others we’ve been to, in that, the campsites are further from the water and the cabins have water views, so this worked out well for us.

Even though there was no fish to tell stories about, Ben and I were wowed by Lake Monduran and the mystery fish and red claw it still holds. When the heat of summer returns and the big barra wake up a bit, we’ll be back.

Please email barneygirl13@yahoo.com.au if you have any writing or blog related enquiries.